Vibra Screw was founded by Eugene A. Wahl as an out growth of his years of experience in materials handling. The basic idea on which he built Vibra Screw was to employ controlled vibration to move and meter dry bulk materials.

It is common knowledge that most liquids flow readily and most solids don’t. Mr. Wahl’s contribution to the state of the art was to design a feeder which permitted handling bulk solids as if they were liquids. His method: to overcome flow resistance by imparting motion to the material through controlled vibration. It sounds simple, as many “basic” inventions do, but no one else had thought of it before.

His invention, a vibrated screw feeder, on which he obtained patents, produced a new order of accuracy in volumetric feeders. But another problem arose. As feed rates got higher there was a need for larger supply hoppers and discharging these on demand created the need for another device entirely: “The Bin Activator”.

It soon became apparent that the accuracy of Vibra Screw feeders was often directly and adversely affected by an uncontrolled, external factor: the spasmodic flow of materials from storage. A whole vocabulary has been devised to describe these problems: agglomeration, clogging, packing, jamming, arching, bridging, plugging, piping, and ratholing.

In the years that followed, the company’s experience has been that bulk materials as a rule become flow resistant in storage, and that to install a storage bin without a vibrated bottom is to risk production failures.

Over the years through extensive testing the “Bin Activator” took many forms. through extensive experimentation in design. The result was our invention and patenting of the Bin Activator, which has since achieved a rare degree of industry acceptance, with more than 100,000 successful installations around the world, in virtually every known process industry.

The flow of ideas has been a continuing one at Vibra Screw. To meet expanding requirements of the pulp and paper industery, we developed the world’s largest Bin Activator, an 18-ft diameter unit. The world’s largest Storage Pile Activator, at 16-ft, has special usefulness in moving large quantities of coal and aggregate out of storage.

When we invented the Bin Activator we started out with the side discharge design than moved to the cone shape, the “funnel” of conventional storage bins and applied vibration to it.

Further testing confirmed that the compound shape of an ASME dished head with steeper angle lower cone not only provides superior performance but superior construction design. 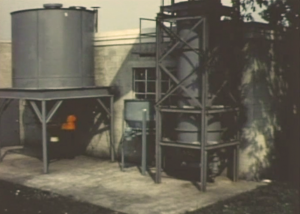 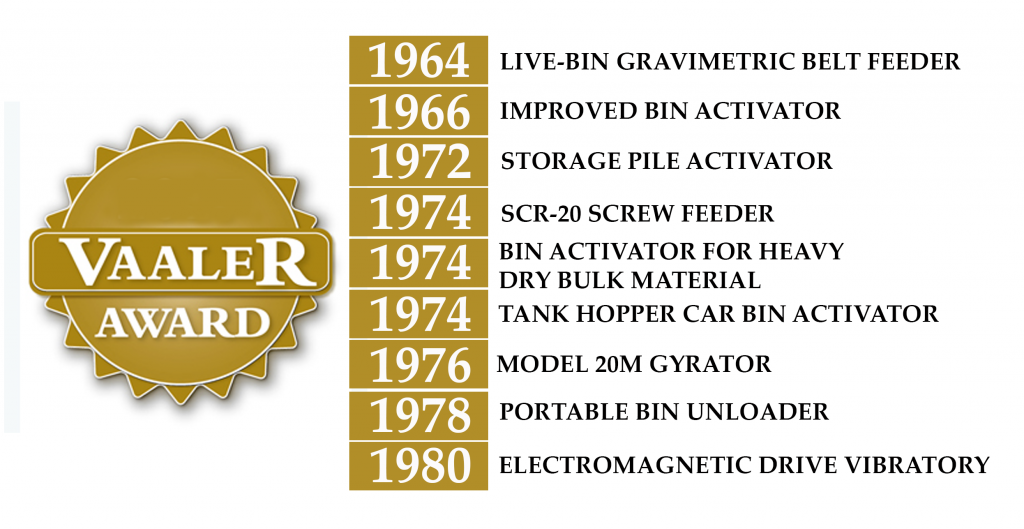 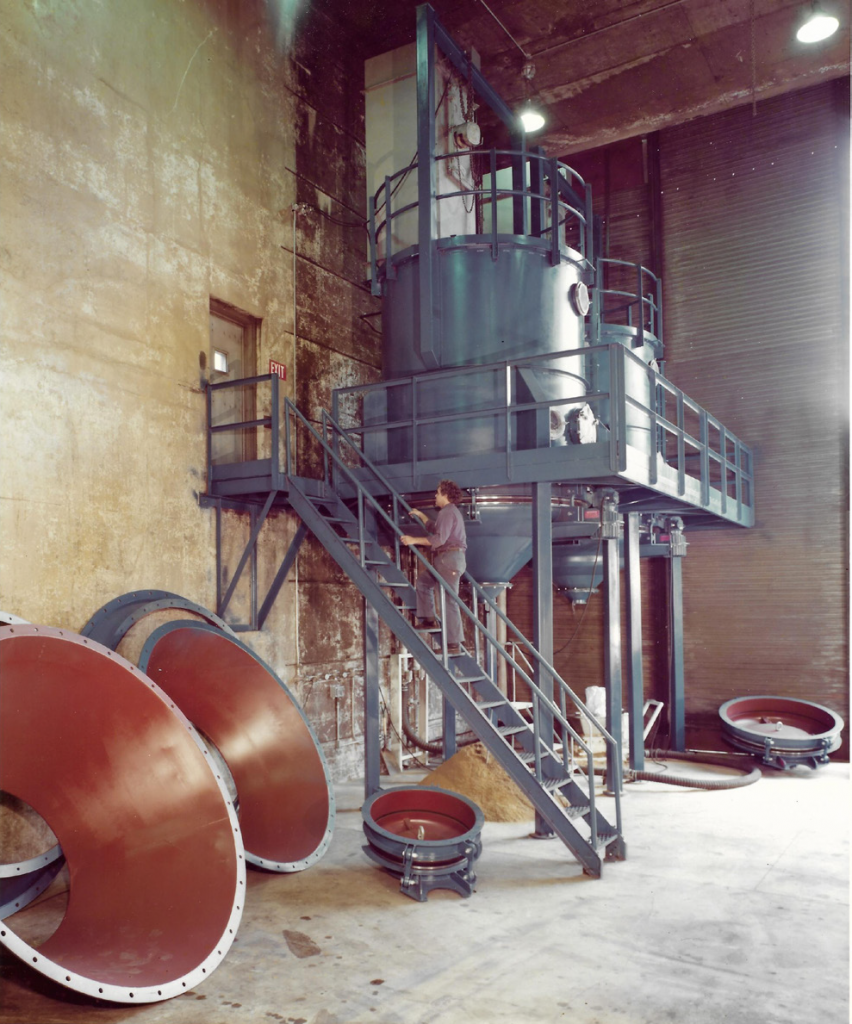 Two 8 ft diameter, 500 ft3 storage bins designed to accomodate Bin Activator sizes from 8 ft to 3 ft diameter. Test materials could be dischaged to a number of feeding devises and transfered from one bin to the other using a positive pressure pneumatic conveying system.
Material flow could be monitored and variations in baffle design, vibration amplitude and frequency changes, support hanger and flexible sleeve design that directly affect the Bin Activator performance could be changed.

We developed the worlds largest Bin Activator at 18 ft specifically for the unique stresses and high temperature applications of the pulp & paper industry. 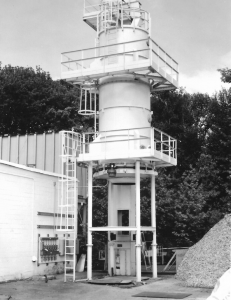 OEM Bin Discharger is a bin activator made from a rolled single slope cone. We use it predominantly in smaller sizes up to 6 ft diameter.

Vibra Screw Expands Vibrating Feeder and Conveyor Line
Vibra Screw Inc. has substantially expanded its vibratory feeder and conveyor lines through an exclusive license agreement with Mavi Maquinas Vibratorias Ltda, Brazil. The agreement, covering North America, gives Vibra Screw access to Mavi’s 50 years of experience which has made it the largest supplier of vibrating feeders and conveyors in South America 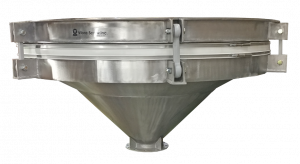