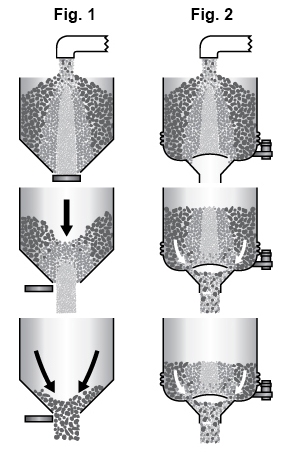 Picture what happens when you pour a mixture of stone and sand on the ground. A rough cone forms, with stones mainly around the outside and sand mainly in the center. The stones tend to roll down the surface of the cone as it is formed, while the sand sifts down closer to the center. Segregation has taken place.

The same thing can happen in storage bins with a material mixture of differing particle sizes. In a conventional bin [Fig. 1], materials separate as it is loaded. On discharge, finer material emerges from the center of the bin first, down a pipe and coarse material last. In a production process requiring a uniform blend, product quality suffers and the downtime from rejected batches can be costly.

When storage bins are equipped with Bin Activators, the segregation problem can be eliminated. [Fig. 2]. Vibration keeps material mobile and free-flowing, particularly at points of potential bridging. An integral baffle directly over the outlet prevents material from emptying down a pipe in the middle first and then off the walls as in conventional bins. Because of the baffle, the pipe never gets a chance to form. Instead material draws evenly across the bin cross section. And the final discharge is a combination or remix of materials from the center and those from nearer the walls. This flow pattern is called mass flow. 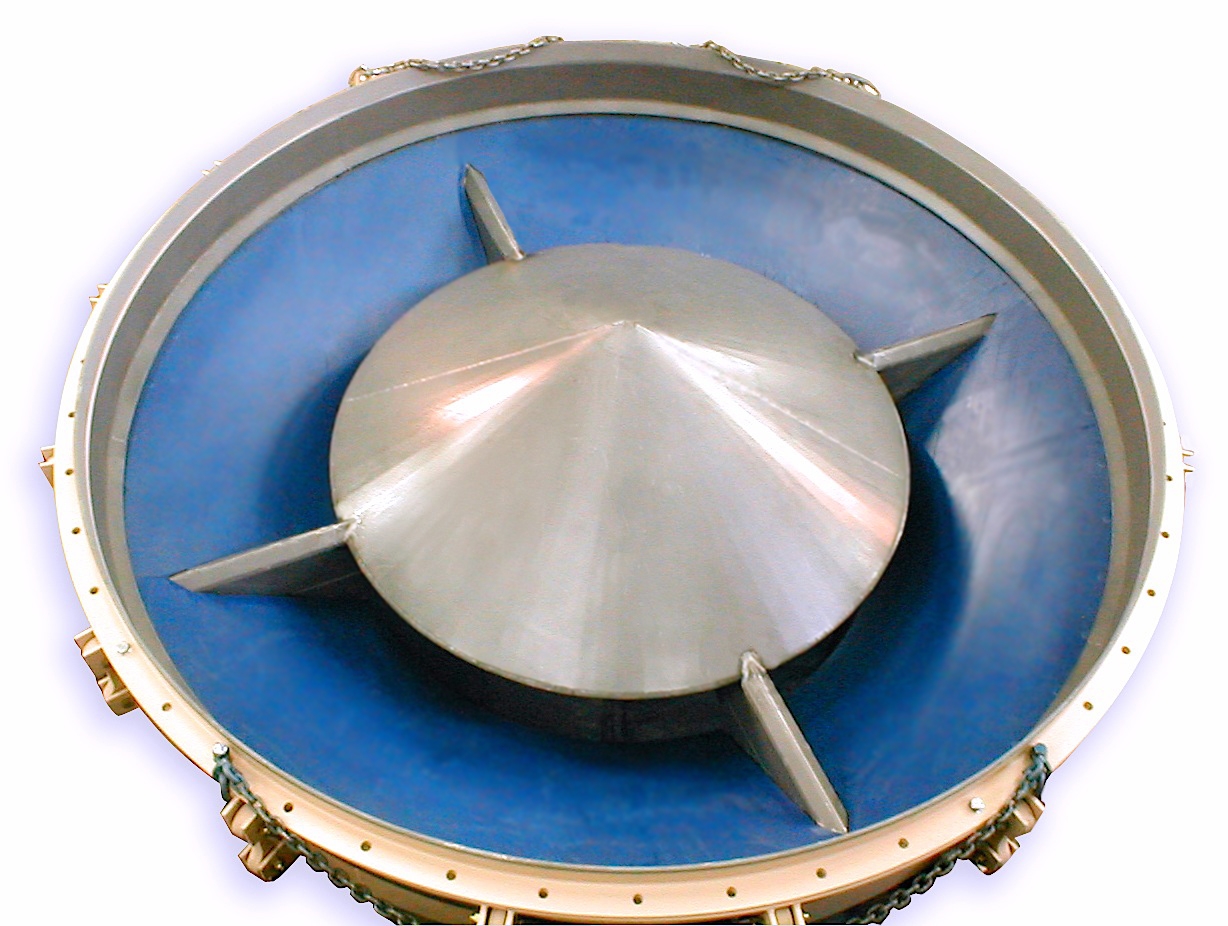 With Bin Activators, larger quantities can be bulk stored because the risk of segregation no longer limits capacity. Management gains more flexibility in plant design for example with fewer bins and conveyors required. That can lead to improved production and important cost savings.

“Controlled Vibration” enhances screw feeder performance Can you afford to get caught without a critical part?

Process weighing and gravimetric control technology … is it new or old?