The Vibra Screw Live Bottom Bin is a self contained, preassembled, ready-to-operate unit combining a static cylindrical bib and a bin discharger of the same diameter. It is designed to provide discharge of a wide variety of materials from storage into process, on a first-in, first-out basis.

Particularly suited to applications where segregation is a problem, units will handle everything from fibrous and flaky materials with bulk densities ranging from 5 to more than 200 lbs/ft3.

Two Basic Models and a Variety of Sizes

Suspension rods with vibration isolators attach the two sections, affording complete freedom of movement for the Bin Discharger without affecting the static bin. A reinforced flexible sleeve closes the connection. Vibrations are of high frequency, but low amplitude, and operation of the unit is virtually noiseless.

The 25 to 750 ft3 capacity units are similar to the smaller models but are designed for continuous, heavy-duty service. Forged suspension hangers can support in access of 80,000 pounds each.

Principle of Operation
The vibrating, or Bin Discharger, section of the Vibra Screw Live Bottom Bin incorporates an integral vibrating baffle, which promotes the flow of material from the upper regions of the static bin, and relieves head-load and compaction at the final outlet. This unique baffle eliminates all potential flow-stopping problems, such as bridging, ratholing,compaction, and agglomeration.

Material in the bin is kept constantly mobil as the vibrations from the baffle are transmitted upwards in all directions-the baffle acting like a wedge to enhance the horizontal impulses received from the gyratory assembly. The curvature of the baffle also encourages movement of the material to its periphery. The combination of the vibrating bin bottom and integral baffle assures mass flow. 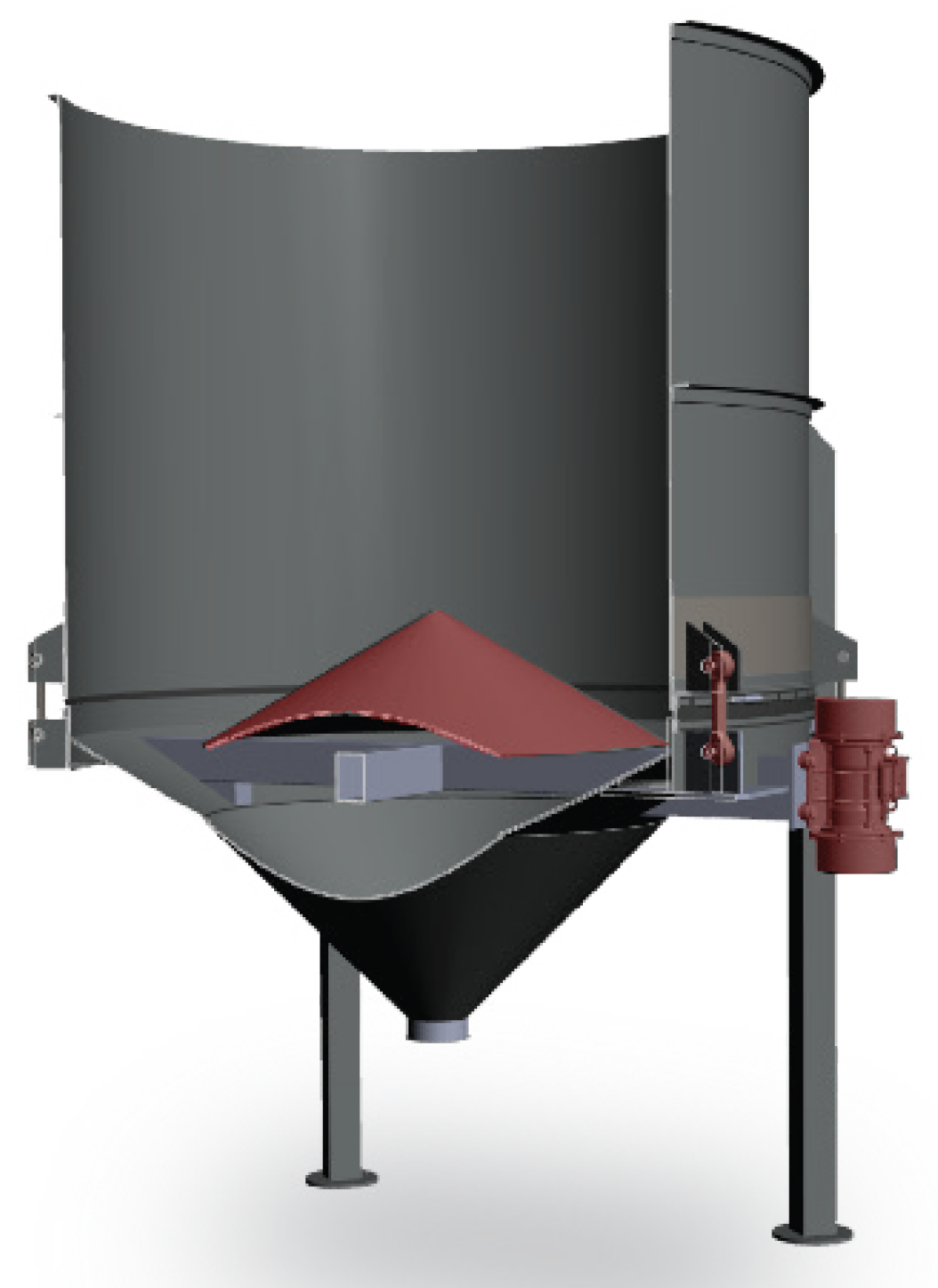 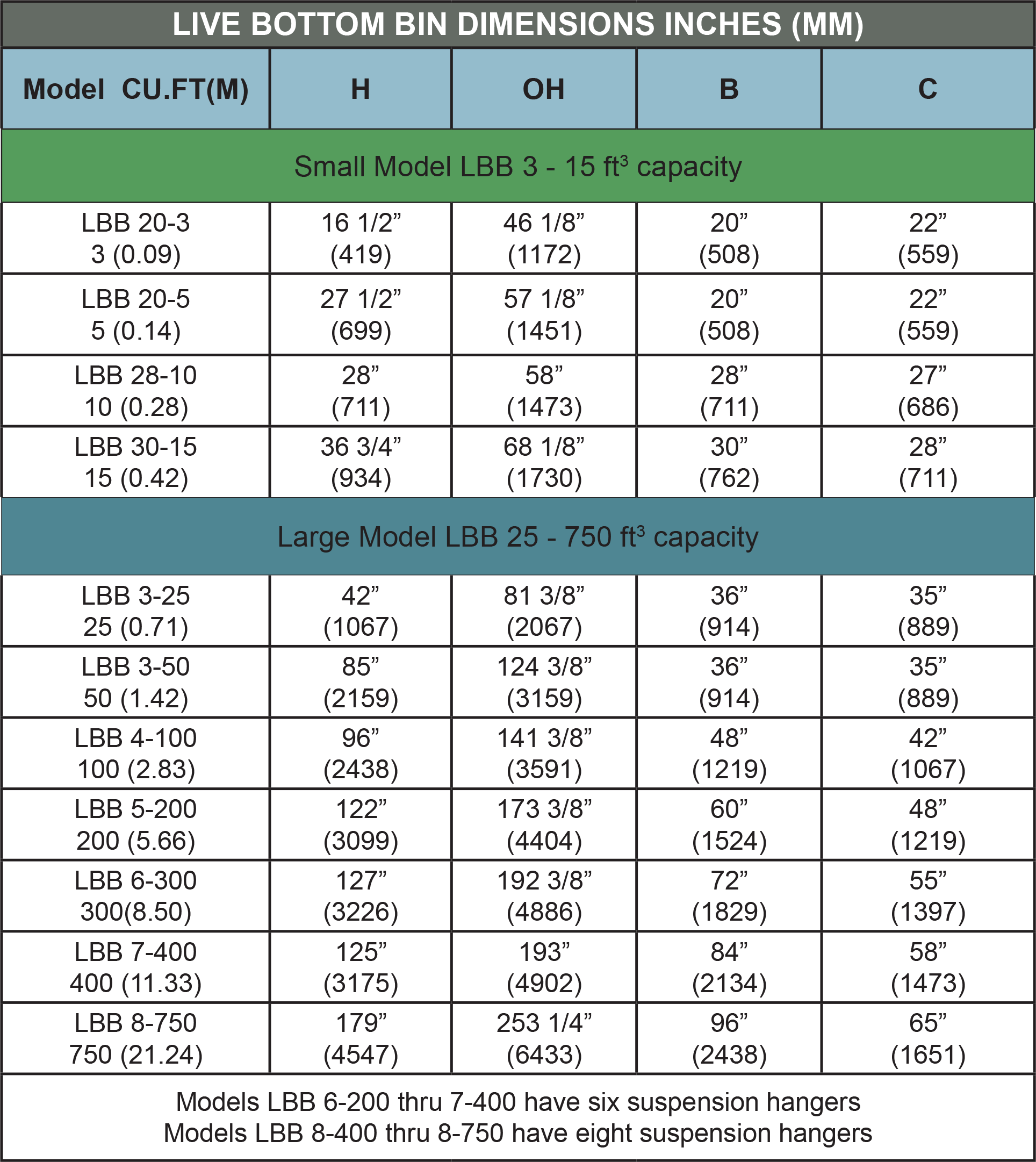 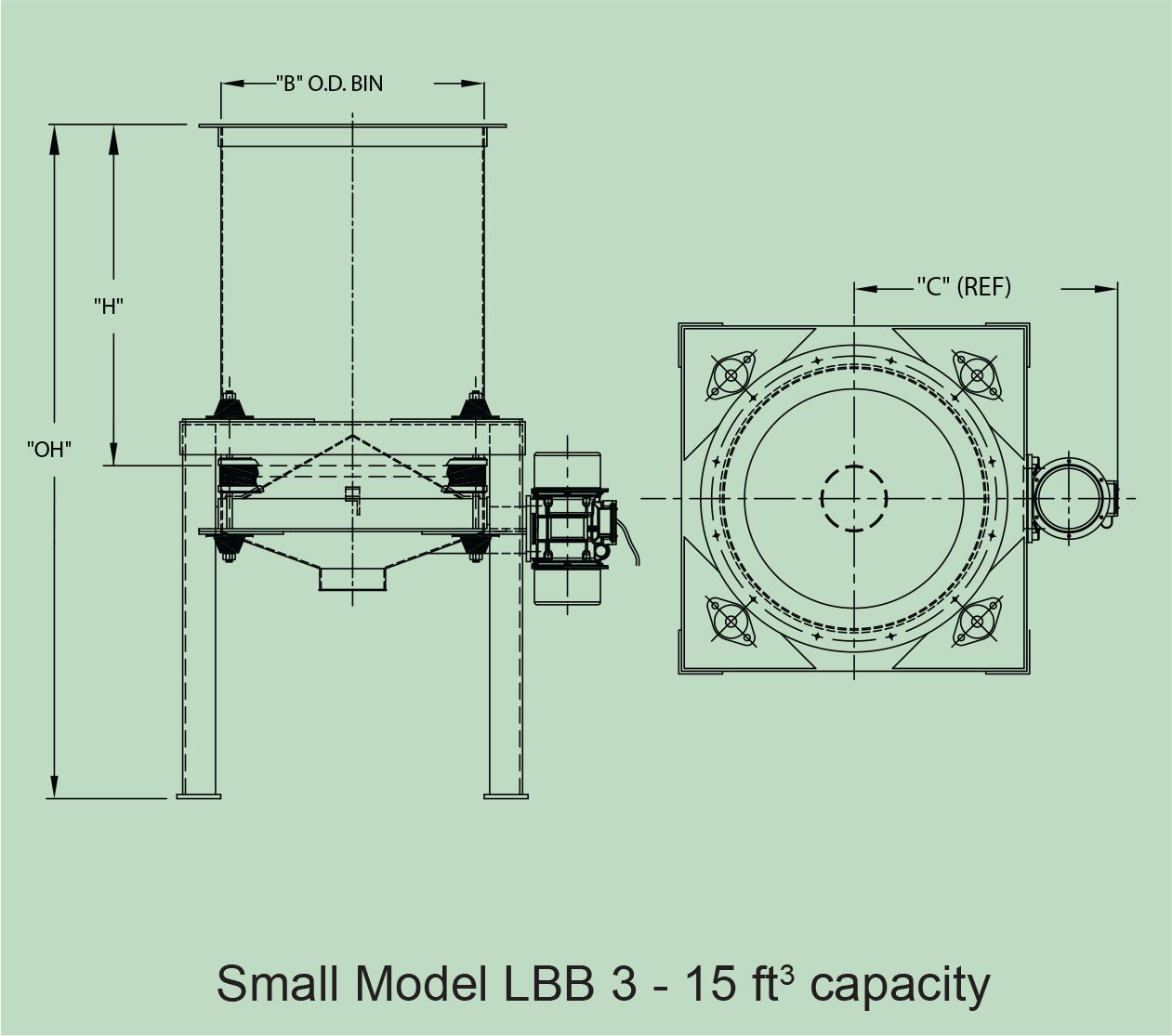 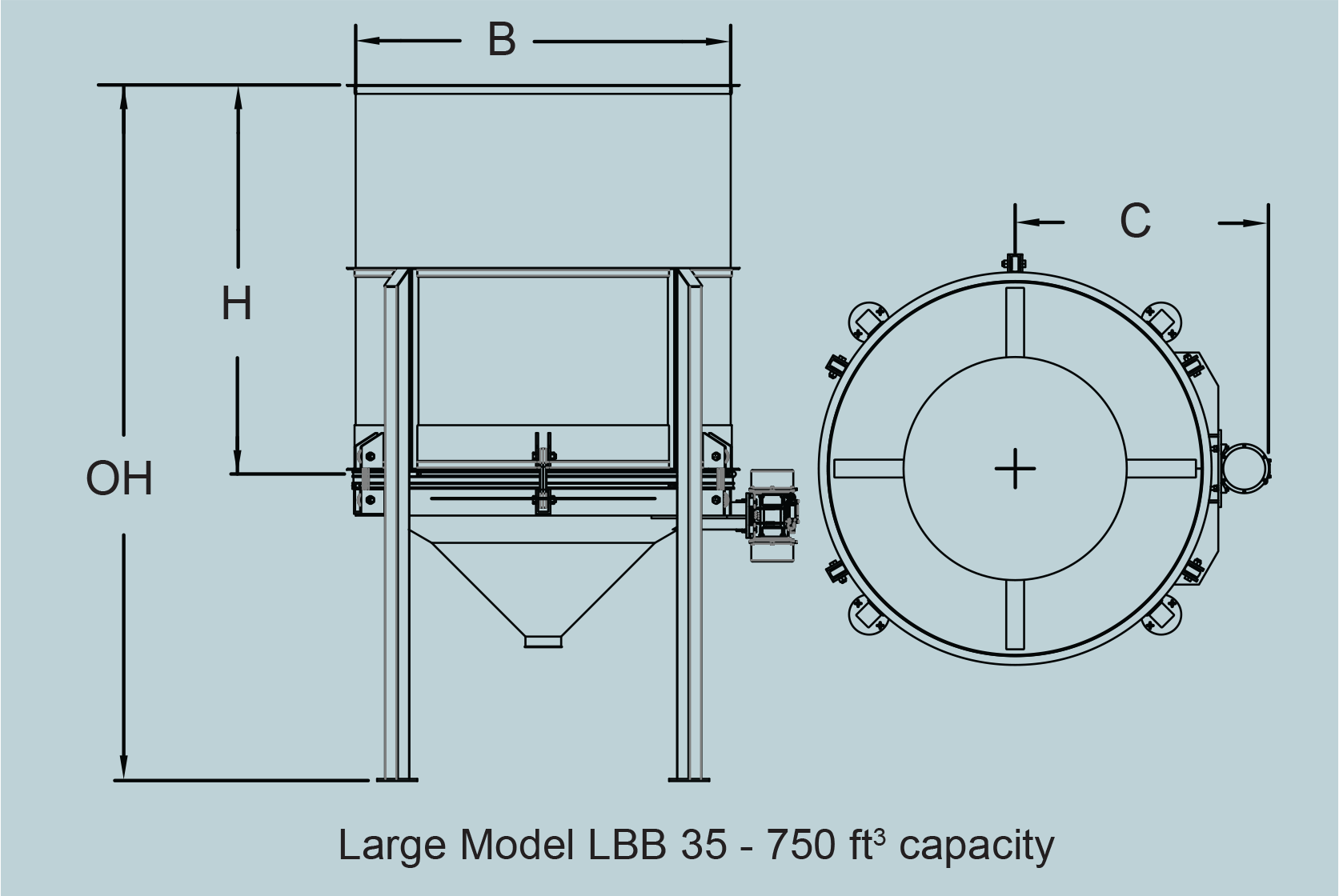 Fumed silica also known as pyrogenic silica because it is produced in a flame pyrolysis of silicon tetrachloride or from quartz sand vaporized in a 3000 °C electric arc. Fumed Silica consists of microscopic droplets of amorphous silica fused into branched, chainlike, three-dimensional secondary particles which then agglomerate into tertiary particles. The resulting powder has an extremely low bulk density […]

END_OF_DOCUMENT_TOKEN_TO_BE_REPLACED

Going To The Moon

For decades Vibra Screw has supplied material handling equipment to the aerospace industry for the space shuttle booster engine and military rockets. Once again we had the opportunity to develop a high accuracy batching system to handle extremely explosive oxidizer powder used as one of the ingredients in making solid rocket fuel. System is comprised […]

END_OF_DOCUMENT_TOKEN_TO_BE_REPLACED

Totowa, NJ: Vibra Screw Inc, a leader in solids processing and handling, offers a line of fully assembled, self contained, ready to operate vibrating hoppers that promote flow of any dry material. Capacities range from 3 to 100 cubic feet of storage. The Live Bin is designed to provide positive discharge of micron sized to […]

END_OF_DOCUMENT_TOKEN_TO_BE_REPLACED 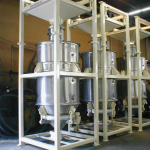 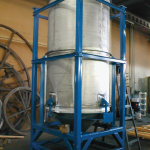 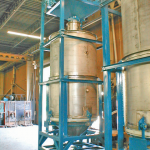 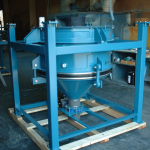